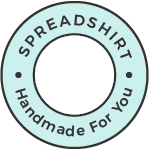 If a picture is worth a thousand words, our posters are worth at least two thousand! Bring any wall to life. Please note: There is no express or premium delivery option for posters.

Fit:
Regular fit
Find the right size: Compare these measurements with a similar product you have at home. Place the product on a flat surface to get the best results.
A – Length in inch
B – Width in inch
Regional sizing GB